By the end of the decade there will be an estimated 11 million electric vehicles (EVs) on UK roads. They will all need to be charged, so how will we create the infrastructure to do so? Who will pay for it and what challenges lie ahead?

Osprey Charging, at the time of the project known as Engenie, is one of the UK’s largest and fastest growing public EV charge-point networks and professional infrastructure funders, has risen to the challenge. It offers fully funded and managed charging solutions for commercial landlords, local authorities, and property developers and is on a journey to install over 2,000 rapid chargers across the country, within four years.

Find out how our ongoing partnership with Osprey helped deliver its goal of making zero-emission transport a reality.

Backed by London Mayor, Sadiq Khan, Osprey Charging planned the deployment of Transport for London’s (TfL) first EV rapid charging hub. The installation, consisting of six 50kW rapid chargers at Stratford International Station car park, was designed with connectors compatible with every EV on the market. Charging is initiated with a smart app or contactless payment and is truly open access. The project opened up the realm of legislative issues facing us as a society as we ramp up our EV infrastructure.

BCLP Partner Mark Richards, EMEA Head of Energy, Environment & Infrastructure says the challenge is complex: “It’s a bundle of electricity regulatory issues and planning and property issues. It’s about value, protecting land-holders’ rights and the electricity regulation – it’s complex and ultimately if you don’t get it right you can face liability.”

The site is owned by HS1 (High Speed 1) and TfL contributed to the funding of the project. This presented two issues to the legal team - one of estates management and the other of dealing with a public-private financial deal.

From an estates management perspective, the charging infrastructure had to be delivered in a live and operational customer environment. It was also a physically complex and sensitive site, by the nature of it being a major UK transport terminal. This required legal contracts between three different parties (Osprey, HS1 and TfL).

Rebecca Moore, BCLP Senior Associate who handled the real estate side of the deal, said the very nature of the location threw up some interesting challenges. “HS1 and TfL as station operators have additional considerations when negotiating property transactions associated with their land ownership. They are operating the land as a railway station - their priority is the safety of passengers and the network. We also needed provision for more serious uncertainties and situations such as terrorist attacks that could result in lack of access to the charging hub or even bringing the agreement to an end. That’s quite difficult for a tenant who is spending money to install the rapid chargers and whose business model assumes it’s operating as normal during the term.”

Adding to the challenge, the charging infrastructure had to be delivered before the strict end-of-year deadline to meet the Mayor’s pledge of opening London’s first rapid EV charging hub by year-end.

Ian Johnston, CEO of Osprey, said: “Managing this uniquely complex public-private sector infrastructure project was a huge undertaking for BCLP. However, our experience with them was excellent. Their knowledge of the sector and unrivalled expertise gave us confidence that they could deliver this challenging brief in a timely and professional manner, allowing us to focus on delivering the world-class charging infrastructure demanded by the project.”

BCLP brought a wealth of experience having worked on some of the largest e-mobility deals in the market. We had to work out what forms of protection we could agree from an Osprey Charging perspective to give them some comfort. Apart from the issues that were unique to the site’s location, the real challenge to this kind of deal is the land title. This is where BCLP’s market leading expertise and depth of knowledge made significant difference.

“The issue with charger deployment is not knowing on a site by site basis if you’re in for a long, convoluted title review and then having to look into solutions such as indemnity insurance which adds to the cost. And then who bears that cost?” notes Rebecca. ”There are also issues with the power network and whose land it may have to cross - outside the entities you are doing the deal with.”

Rebecca said knowing she could simply pick up the phone to a colleague in BCLP made resolving these issues much faster. “We could produce template documents from the word go and effectively roll that out per site to make it very quick at the outset. We’ve got the market-leading Real Estate department in the City, so we have vast experience of acting for both landlords and tenants and we understand their respective priorities and concerns and how to reach satisfactory positions for both parties.”

That’s where Kenneth Addly, BCLP Associate Director brought in his expertise. “The project was eligible for a grant from TfL and they had a very short timetable in which to conclude the deal to reach the Mayor’s objective of delivering TfL’s first hub by the end of 2019. It’s an area of public/ private sector interface where many private sector clients are uncomfortable as they’re not accustomed to it. Equally the public sector, although they want to provide the money, are concerned about value and how the money is going to be used. It’s a state-aid issue and we were able to manage that.”

Watch Ian Johnston, CEO of Osprey Charging and Mark Richards, Partner and EMEA Head of Energy, Environment & Infrastructure at BCLP discuss the challenges and successes around the EV rapid charging hub in Stratford.

Ian and Mark discuss the benefits and strategic importance of accessible EV charging networks in the UK in our extended video.

BCLP acted for Osprey Charging not just as lawyers but as partners.

Kenneth explains that “What we’re trying to do is become partners for the long-term, understand the client’s business and act as if we’re on the journey with them, rather than doing each individual transaction. The energy landscape now offers lawyers far more opportunity to get involved in very interesting projects that have a multiplicity of skill sets. That’s really exciting”.

Mark concludes that BCLP’s size and breadth of knowledge can make the difference to both the speed and efficiency of roll out. “Our aim is to streamline that process so if clients are looking to negotiate ten sites, they’ll be fine doing that but they’ll start to struggle a little bit and ask their external law firms to help. Ideally if you’re looking to get multiple sites negotiated at the same time and streamlined, document efficiency and 21st century lawyering is really important for future growth for our clients. We can help clients achieve rapid site acquisition and roll out, that’s critical in such a competitive industry where double-digit growth is standing still! Having this 21st century legal solution provides a competitive advantage to our electric charging infrastructure clients, where rapid charge deployment is about efficiently documenting land, electricity supply and easement rights”.

Ian Johnston, CEO of Osprey, said: “The team at BCLP have been an extension of our own, able to adapt to numerous challenges and deliver outstanding results in very tight timescales. In such a rapidly moving industry where we are working on countless projects simultaneously, this type of relationship is critical. We’re excited to continue working with BCLP as we deliver on our commitment to install over 2,000 rapid EV chargers across the UK over the next four years, in response to burgeoning EV demand.”

Osprey’s Stratford hub opened ahead of schedule, in December 2019, and was TfL’s first rapid charging hub in London. Each charger delivers 100 miles driving range in just 35 minutes, providing a critical service to allow the Capital’s vehicle fleets to make the transition to electrification.

The project once again demonstrated that Osprey has the credentials to deliver innovative EV infrastructure projects for retail, corporate and public body partners, in environments that are complicated and sensitive, and that have no impact on the live, operational day-to-day business of the host – ensuring that the business can focus on their core services whilst Osprey open the doors to the many benefits of offering EV charging.

The deal was bespoke but we were able to deploy streamline approaches to documentation to ensure efficient document production and consistency of approach. We understand and are equipped to support clients in rapid growth phases of their businesses, whether through document automation, AI solutions or services such as startupbclp.

Ranked number one in the UK by Chambers and the Legal 500, our market-leading Real Estate team is built on responsiveness, pragmatism, experience, and a deep commitment to our clients. Much of the complex work we carry out requires a multi-disciplinary approach. We help real estate visions become real estate realities.

The global pandemic is encouraging people to question the pace of the energy transition, the need to build back better to aid a post pandemic recovery. The role of the public sector in stimulating growth will be incredibly important – the public sector will become funders, guarantors and delivery partners in this recovery. BCLP’s expertise in public and private sector contracting enabled us to understand the unique perspective of HS1, TfL and balancing these with our client’s long-term objectives.

BCLP at the heart of the global e-mobility revolution

The deal proceeded quickly as the BCLP team had deep experience in the sector having worked on some of the largest e-mobility deals in the market, navigating complex commercial and legal issues, helping clients raise start-up capital and assisting large corporates enter the e-mobility market. BCLP team truly understands and is passionate about the adoption of electro mobility solutions and is an active member of the EV and electro mobility sector, proudly sponsoring World EV Day.

The project has demonstrated once again that Osprey have the credentials to deliver innovative EV infrastructure projects for retail, corporate and public body partners, in live customer environments without impacting the operational day-to-day business of the host. This ensures that the host business can focus on their core services whilst Osprey open the doors to the many benefits of offering EV charging. This is a fantastic opportunity for BCLP’s real estate clients to secure additional revenue from EV charging.

Exploring opportunities in e-mobility and charging infrastructure?
Find out more about the team behind this deal and why not get in touch?
client.stories@bclplaw.com 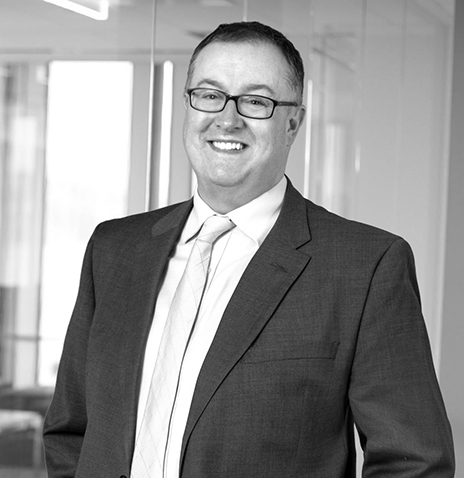 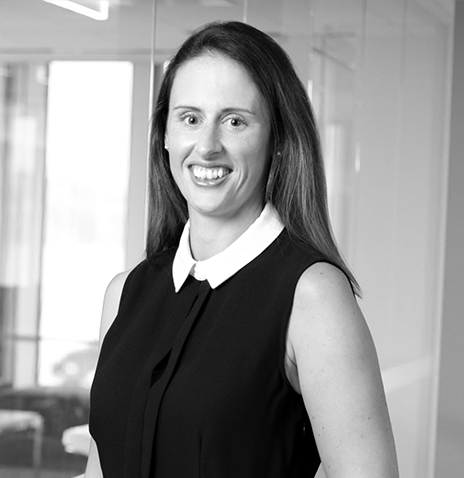 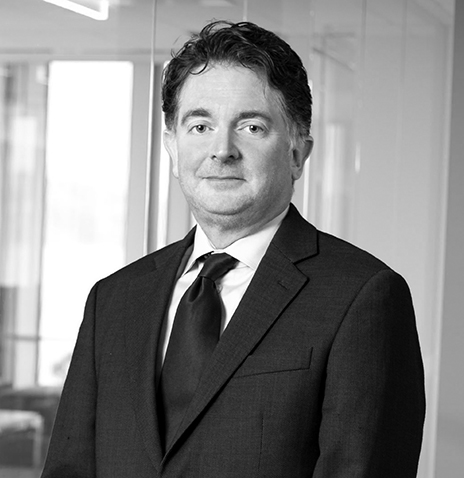 Want more? Of course you do...

Read other stories from across the world from fin-tech to renewable energy.